Coral Reefs: Their crucial importance in ecosystems and their vulnerability to oil spills

The consequences of the MV Wakashio Oil Spill are still very visible, despite the fact that it occurred more than a month ago: aside from rising diplomatic and social tensions, endangered species are still at risk, and many forms of life have already suffered: for instance, a few days ago, 17 dead dolphins were washed over to the Mauritius reef.

Part of LearnBlue’s Mauritius-centered campaign, this article will focus on coral reefs, and particularly the Blue Bay coral reef, along with the importance and the consequences of oil spills on these structures.

What are Coral Reefs?

While I’m sure everyone has a basic idea of what coral reefs look like, but here’s a more detailed explanation: Coral reefs are underwater ecosystems composed of clusters of reef-building corals. Corals are marine invertebrates that typically live in clusters or colonies of identical polyps and produce calcium carbonate, resulting in their hard skeleton-like structure. Corals breed by spawning or asexually, and mainly obtain their energy and nutrients from the photosynthesis of the algae they have a symbiotic relationship with, or by catching plankton and small fish in some cases. 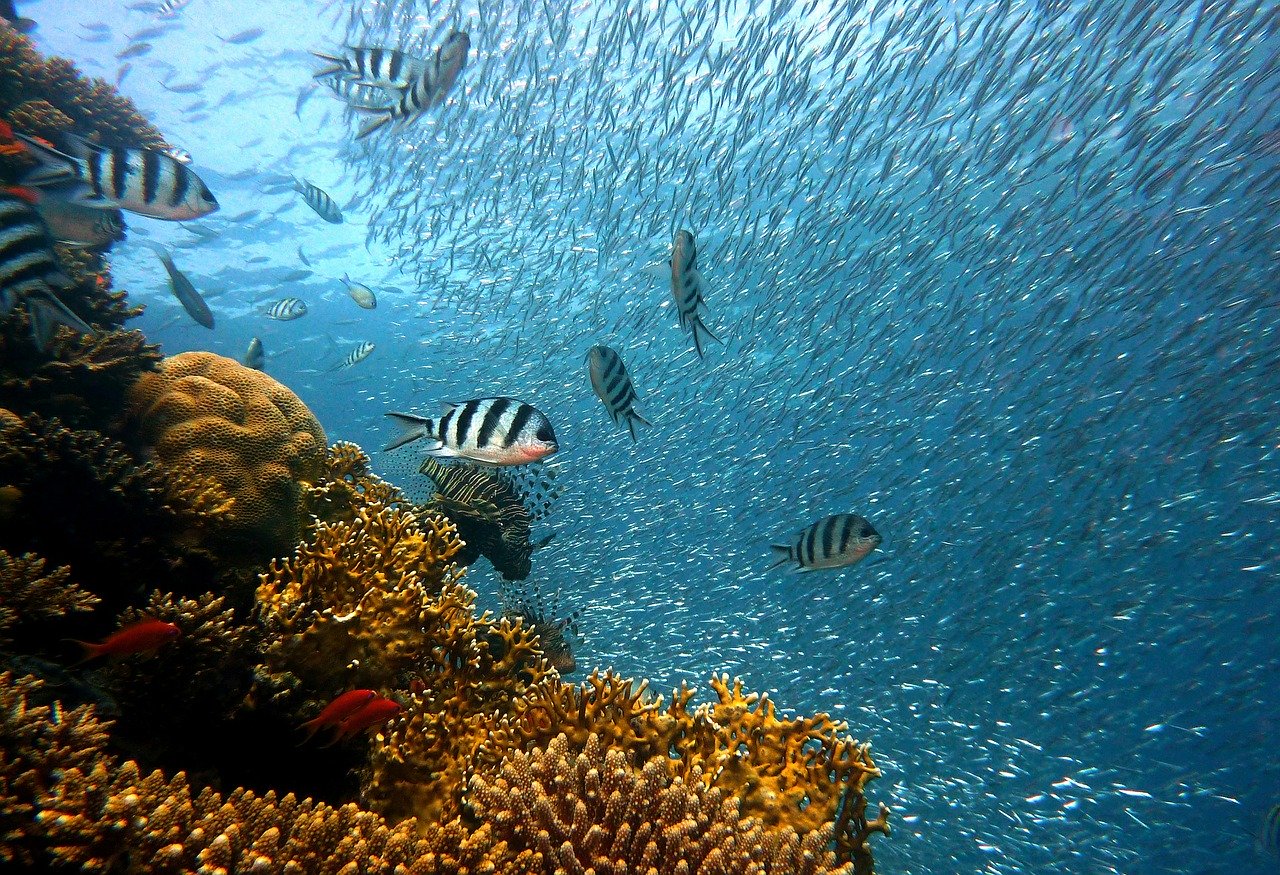 Reefs are formed mostly from stony corals, grouped together by calcium carbonate, and commonly found in shallow tropical waters. They are sometimes known as the rainforests of the sea, highlighting the diversity of these ecosystems. Coral reefs are divided into four categories: fringing reefs, barrier reefs, patch reefs and atolls. These complex structures represent less than 0.1% of the world’s ocean area, but provide a home for more than 25% of all marine species.

They also provide revenues for tourism, fisheries and shoreline protection: their value is estimated at 30 billion US dollars, and more than one billion people benefit directly from coral reef resources for food, or as a source of income. However, they are extremely sensitive to ocean acidification, rising temperatures, overfishing, or pollution from products such as sunscreen.

Because of their sensitive nature and the amount of wildlife they contain, coral reefs are particularly vulnerable to oil spills. How oil spills affect corals depends on the type of oil, the species of polyps, the level of exposure and the maturity of the coral (younger corals are more likely to sustain heavy damage from oil). Moreover, the entire reef ecosystem can be affected by an oil spill.

There are three main ways that contact is made between coral reefs and oil:

After oil smothers coral reefs, it can kill them or halt their reproduction, growth, behavior and/or development. Oil can also bleach coral reefs. Coral bleaching happens when due to stress or conditions like water pollution, coral polyps expel the algae that live inside their tissues. Bleached corals continue living afterwards, but slowly starve because the algae that provided up to 90% of their energy is gone. Recovery is possible in some cases.

During an oil spill, coral reefs are not only destroyed by direct contact with oil, but also suffer from the impact of the vessel that sometimes crashes into the reef, the heat eventually caused by the explosions or some products and methods used for cleaning up the oil after the spill.

The Blue Bay Marine Park Coral Reef and other Mauritius coral reefs: Their rich biodiversity and how they have been affected by the spill

The MV Wakashio ship was carrying 4,000 tons of oil which isn’t much compared to the quantities spilled during previous oil spills (400,000 tons of oil were spilled during the Deepwater Horizon disaster of 2010, in comparison). But it is the vessel’s closeness to the Blue Bay Marine Park’s coral reef that makes it as alarming as previous crises. This particular coral reef is particularly important to protect because it is at least 1,000 years old. It is home to 38 species of coral and more than 72 species of fish, along with endangered species like the green turtle.

What makes the incident even more tragic is the fact that over the last few years, this particular reef had slowly been rebuilding itself, offering new hopes that nature could grow again, despite being surrounded by a hostile industrialized environment.

For now, fortunately, the Blue Bay Marine Park has mostly not been in contact with oil, although the danger is still present. In Mauritius, the mangroves have been more drastically affected by this spill.

Other reefs and structures, however, have faced the direct consequences of this spill: More than 500 meters of coral reefs are thought to have been destroyed by the ship as it crashed and sank, the water has been clouded and zooplankton were killed, considerably reducing the food resources for nearby coral reefs.

Oil spills leave heavy consequences on ecosystems for years after they occur. Basic conditions for growth and reproduction of corals are altered, threatening to reduce their population along with that of the many species that depend on the reefs. Even the areas that were not directly affected by the MV Wakashio spill will likely harbor difficulties rising up from this crisis, as all ecosystems are heavily connected, meaning that if one is damaged, the others will also suffer. It is still too early for us to fully grasp the environmental effects of this spill, but it is clear that the recovery of the region has to be carefully monitored and the ecosystems protected.

This oil spill may have happened far away from where you live, but we are all concerned and responsible for what happens to this planet. Help make a change and sign this petition.